$100 per sold vehicle will benefit members of the U.S. Armed Forces and their families 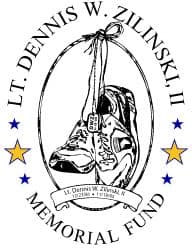 EATONTOWN, N.J. (May 20, 2019) – Circle BMW, the region’s premier BMW dealership, today announced they will make a charitable donation to the Lt. Dennis W. Zilinski, II Memorial Fund, a non-profit organization that provides support to improve the morale and welfare of members of the United States Armed Forces and their families and scholarships to students who exemplify leadership qualities and community spirit. The donation amount will be determined based on the number of cars Circle BMW sells during the upcoming Memorial Day weekend. For every vehicle sold on Friday, May 24, 2019 and Saturday, May 25, 2019, Circle BMW will donate $100 to the Lt. Dennis W. Zilinski, II Memorial Fund. As in the past, Circle BMW will be closed on Memorial Day, Monday, May 27, 2019, in honor of our fallen heroes.

In conjunction with Memorial Day, Circle BMW Founder and President Tom DeFelice – a supporter of the U.S. Military and its veterans – selects a nonprofit organization that aids men and women who serve or served our country.  For the fourth time, DeFelice selected the Lt. Dennis W. Zilinski, II Memorial Fund as the recipient of the 2019 Memorial Day Fundraising event at Circle BMW. Throughout the years, Circle BMW has made contributions to military-related organizations such as Links to Freedom, the James M. Gurbisz Foundation, Links to Freedom Golf Foundation, Folds of Honor, Wounded Warrior Project®, Hope for the Warriors®, Philip K. Dorn Detachment, Brendan Marrocco Road to Recovery Trust and the New Jersey Vietnam Veterans Memorial Foundation.

“If you’re contemplating leasing or buying a new, certified pre-owned or pre-owned BMW, or a non-BMW from our used car lot, Circle Pre-Owned, we truly hope that this fundraising event – more importantly the Lt. Dennis W. Zilinski, II Memorial Fund — will inspire you to make a purchase at Circle BMW in support of programs that help our service men and women and their families,” explained DeFelice.

Lt. Zilinski grew up in Middletown, N.J. and graduated from Christian Brothers Academy (CBA) in Lincroft, where he was a member of the swim team.  He received his nomination to attend the U. S. Military Academy at West Point, N.Y. and graduated in 2004.  He also completed Airborne School while a student at West Point.

As an act of love and to honor his life and memory, Lt. Zilinski’s family and friends founded the Lt. Dennis W. Zilinski, II Memorial Fund, whose mission is to continue to serve and assist returning men and women who were wounded in service to our nation and to provide support that improves the welfare of members of the U.S. Armed Forces and their families. The fund also supports scholarships at CBA.